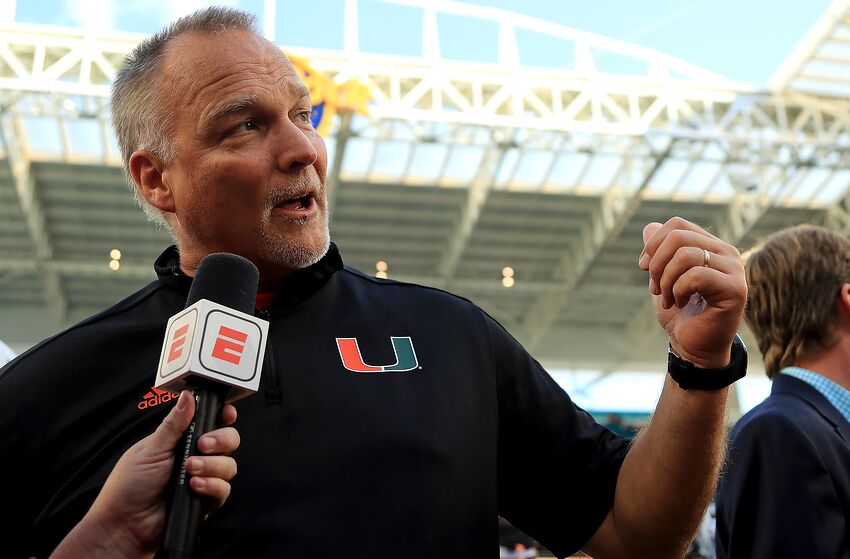 The Miami Hurricanes have extended the contract of Head Coach Mark Richt. The extension will run through the 2023 season. Richt will be 63 years old by the end of the current extension.

Richt is Heading into his third season leading the Miami Hurricanes Football Program. He currently has a 19-7 record in two years in Coral Gables.

Richt led UM to a 10-3 record in his second season last year. That was Miami’s best season since 2003. They won the ACC Coastal Division Title for the first time and appeared in their first ACC Championship Game.

Because Miami is a private school terms of the deal with not released. Multiple reports have Richt making about $4 million per year. That is what he was paid at Georgia.

“Mark has done a phenomenal job of building this program – and generating enthusiasm for this program – since the day he arrived back on campus…We look forward to continued success under his watch, both on and off the field, for many years to come.”

Richt has been rejuvenated at his alma mater. He often refers to coaching at Miami and living there as “Paradise”. Richt took the opportunity to mention being in paradise as he spoke about how thankful he is to be coaching at Miami.

“We’re excited about where this program is headed,…I want to thank Blake James…and our entire athletics administration for…ensuring that we’re committed to building on the great legacy of Hurricanes football. Miami is not only my alma mater, it is home to me and my family. It’s a blessing to live and work in paradise.”

Richt’s work off the field has been just as important as leading the Hurricanes to success on the field. The Hurricanes recruiting classes have skyrocketed up the charts since Richt took over. His classes at Miami have gone from 22nd in 2016, to 12th in 2017 and eighth in 2018.

Richt has also played a major part in the Carol Soffer Indoor Practice Facility being built. The fundraising for the $34 million facilities is nearly complete. Thirty million of the $34 million has been raised for the facility after Richt was hired.